The Bagsoflove team invited the children as they wanted to set them a challenge.
Their brief: to design and print sporty t-shirts that would inspire the 55 Malorees triathletes and Kensal Rise Library fundraisers to do their very best at Sunday's “Blenheim Palace Triathlon”. All in just three hours!
The team were given a tour of the factory and shown how the T-shirts are rendered, printed, hand-cut and sewn. 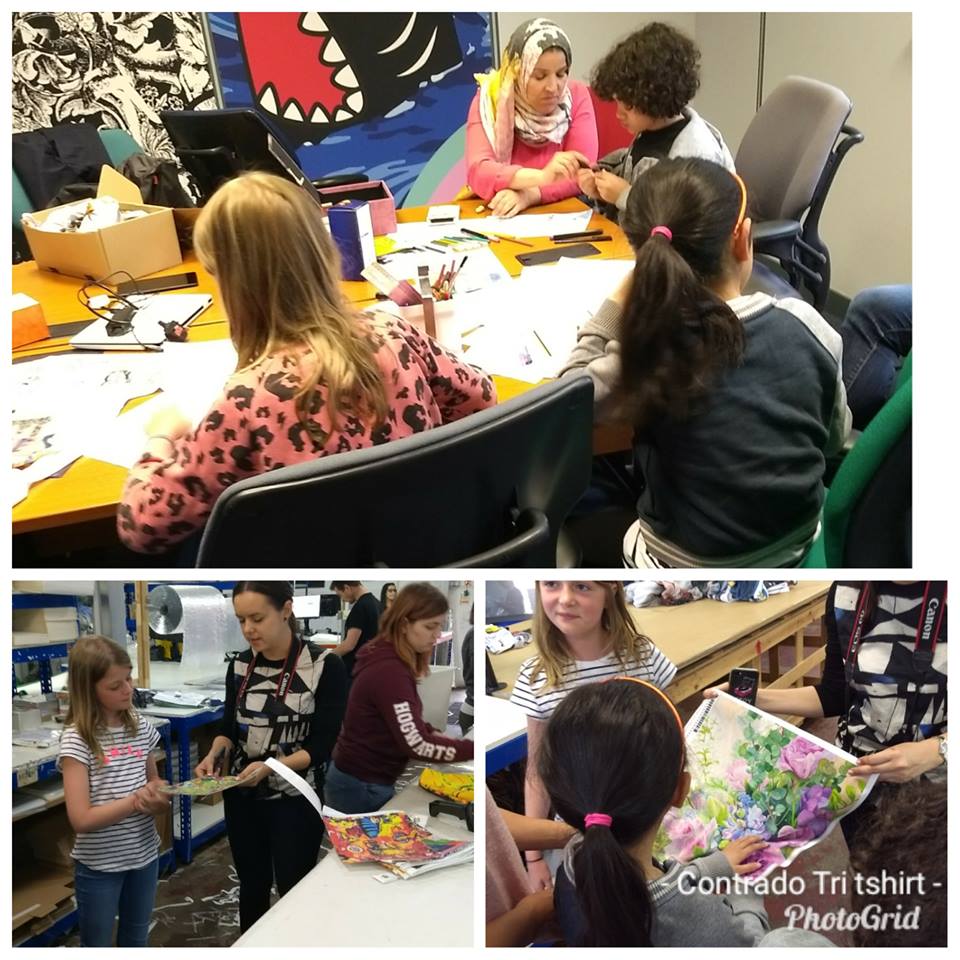 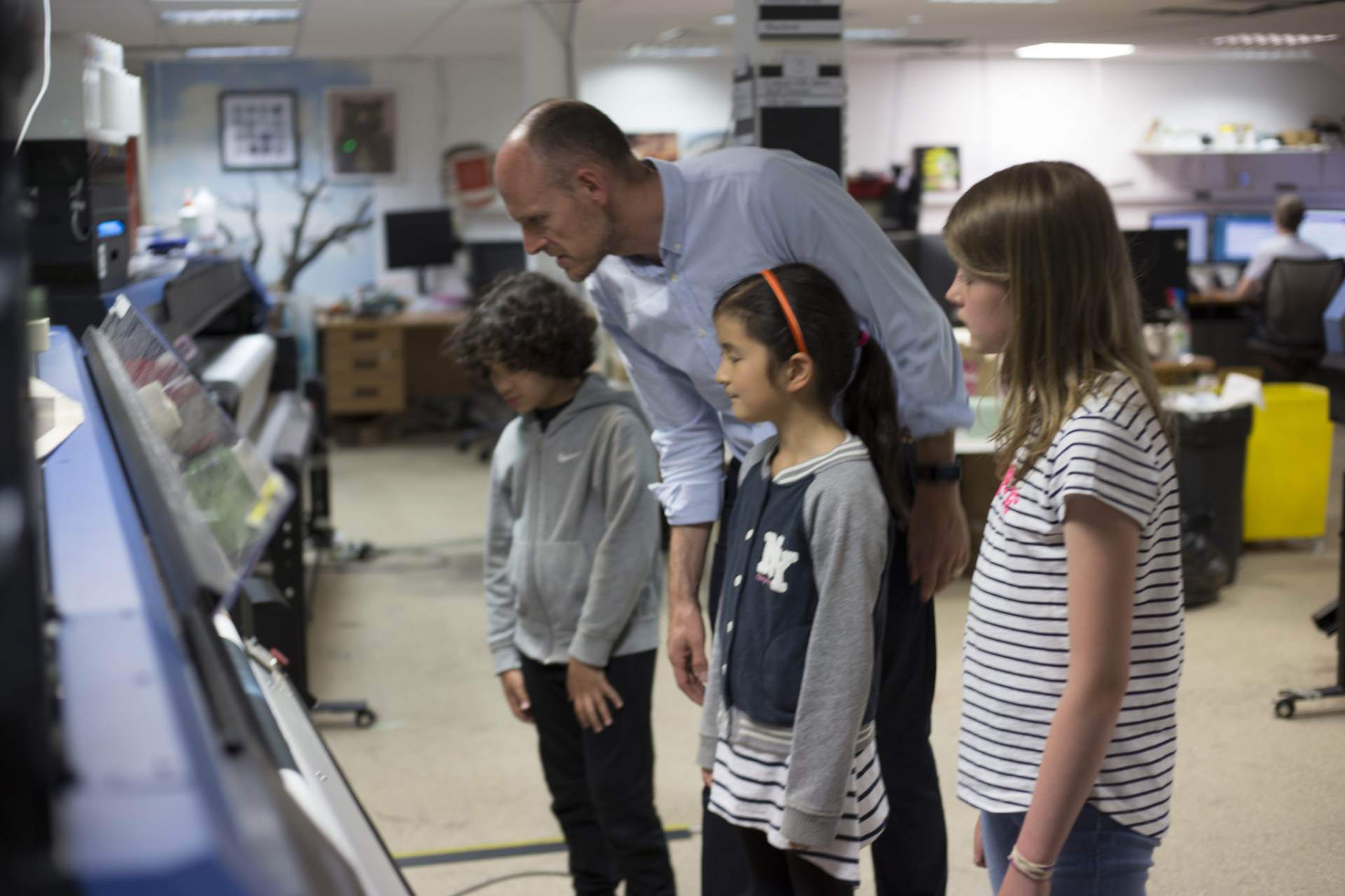 n were briefed by bagsoflove designer, Elliot, and together decided on a colourful design on the front.
This urged Sunday's team to "Tri Your Best", with Megan’s colourful design. 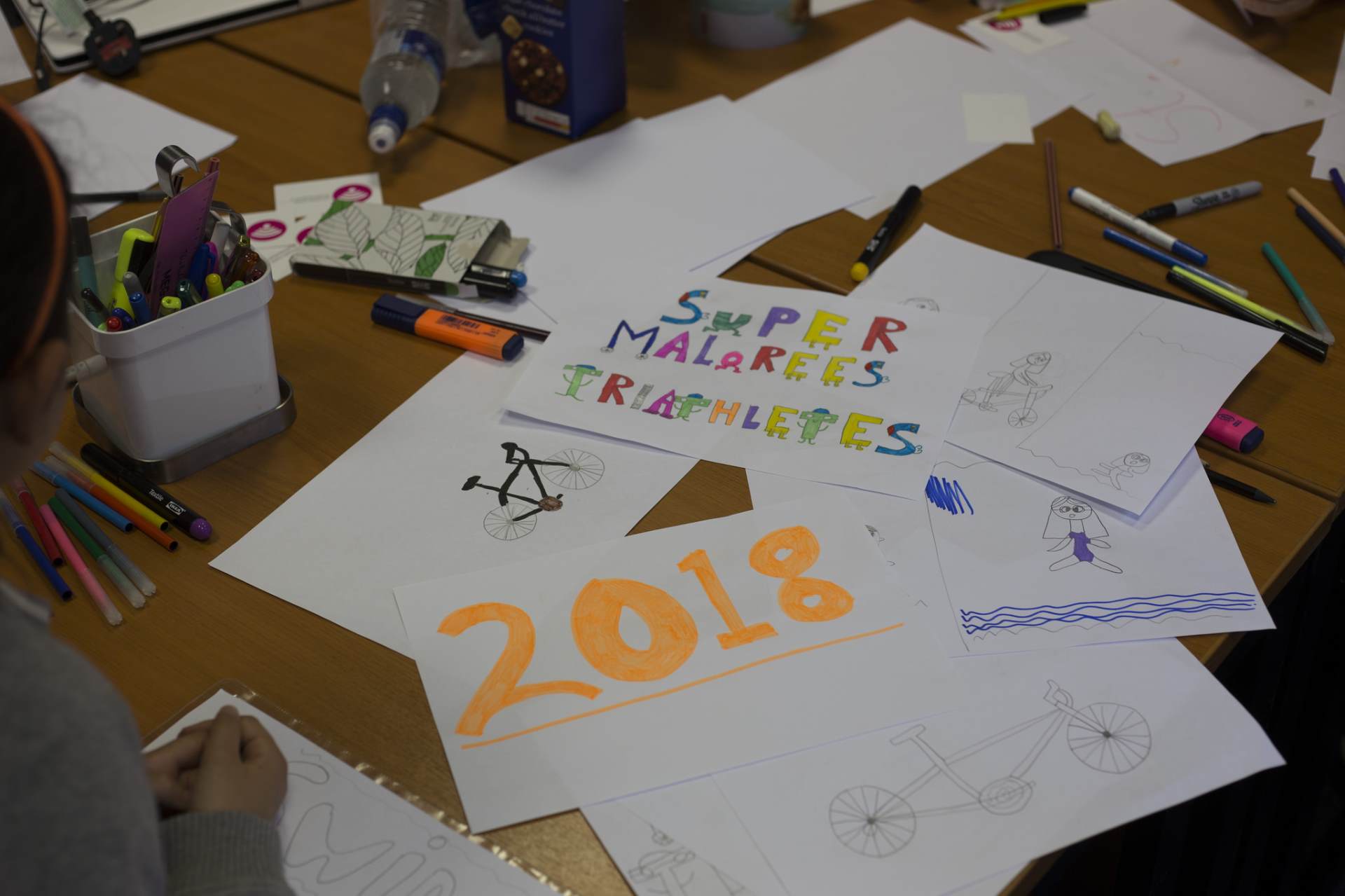 There were also some very amusing emojis, added by Zaki. 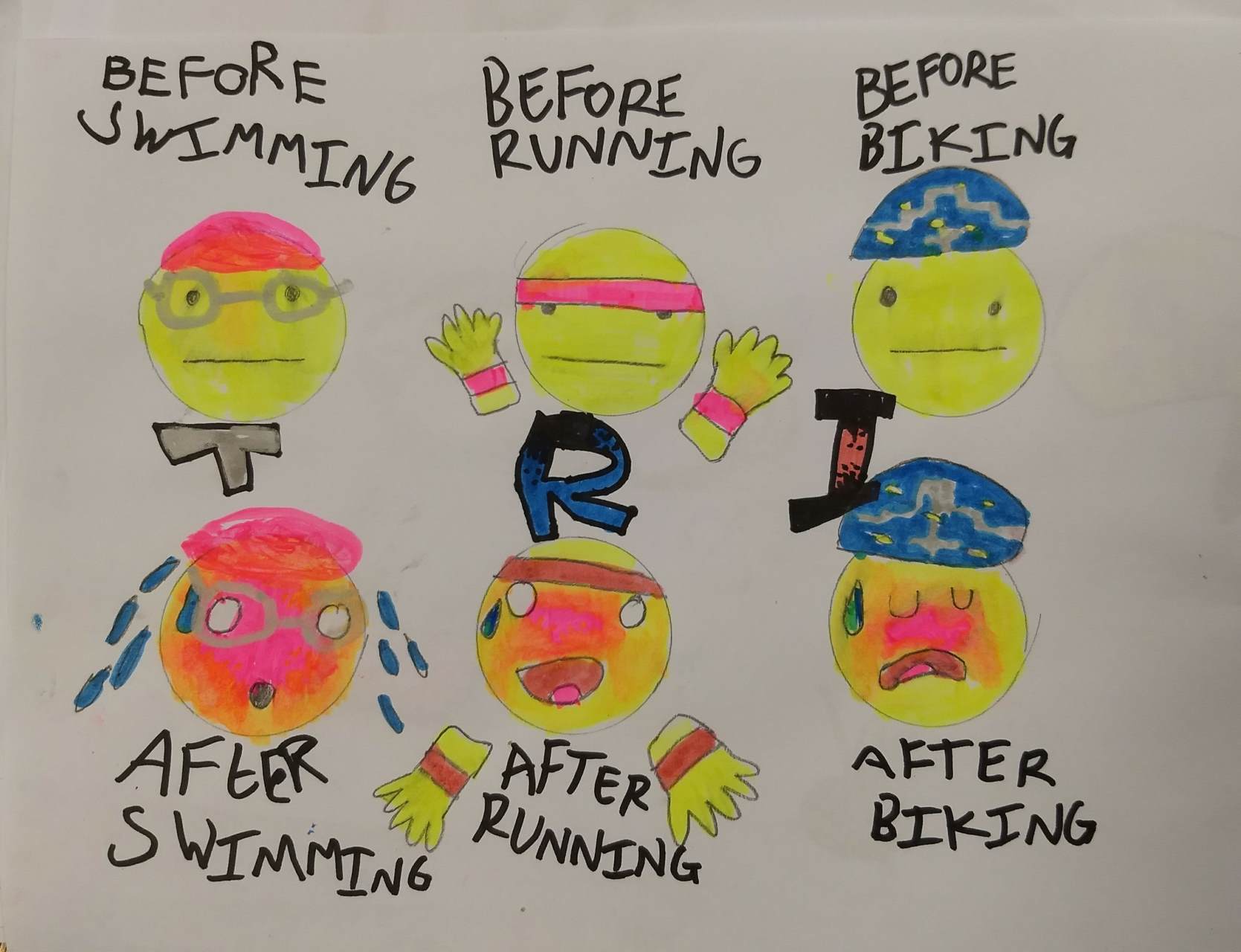 On the back, they decided a clever "Super Malorees Triathletes" graphic with arms and feet, designed by Pen Pen. 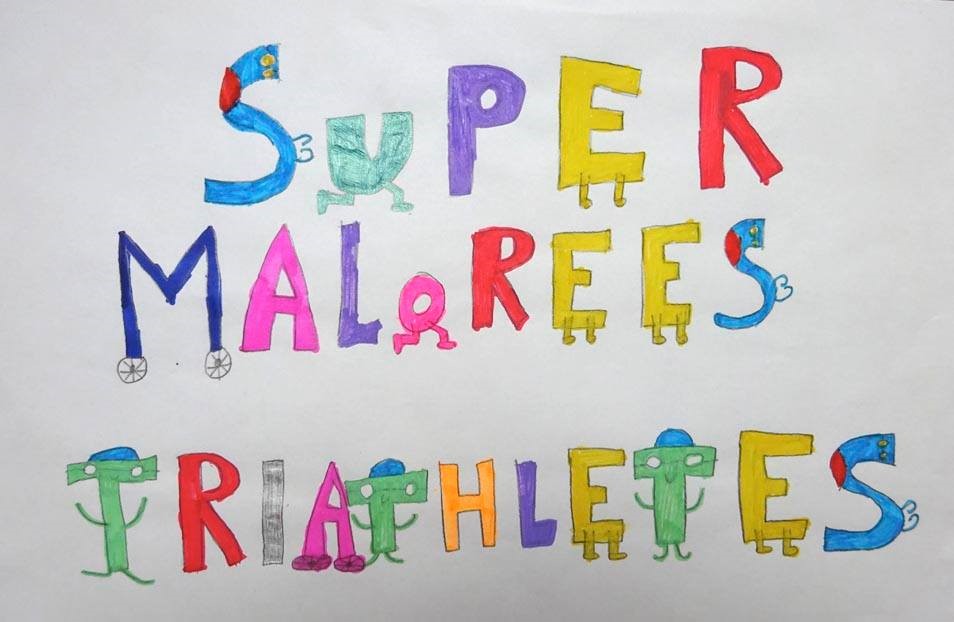 The designs and images were then all rendered and brought up on computer screens to be changed to the children’s preferences. 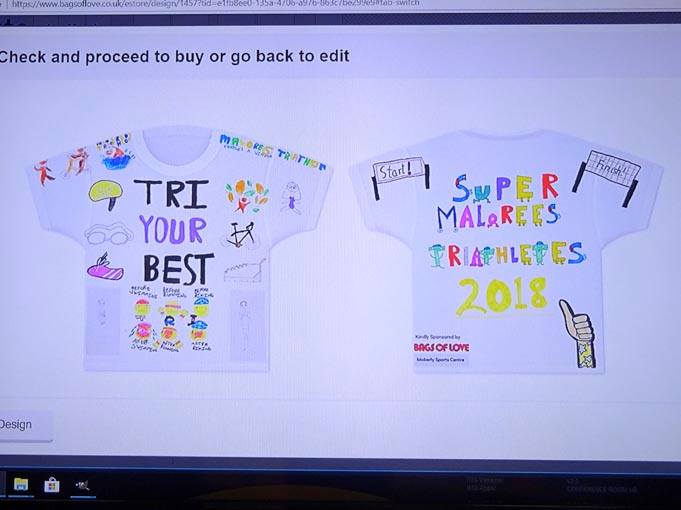 The inspiring colourful t-shirts were worn by the Triathletes at Blenheim, with all of them finishing the event. 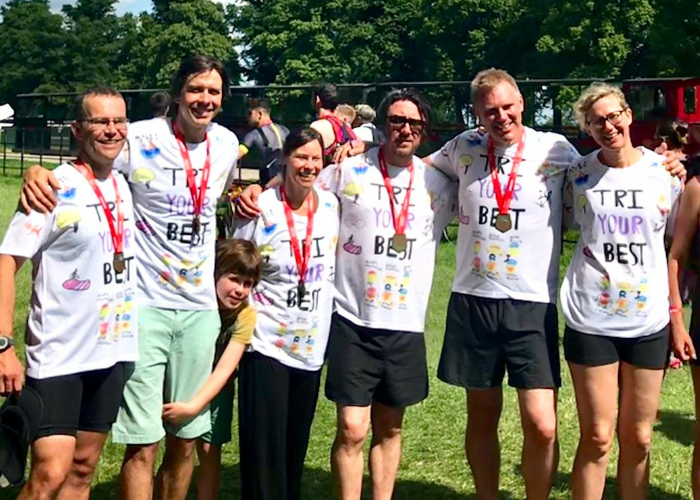 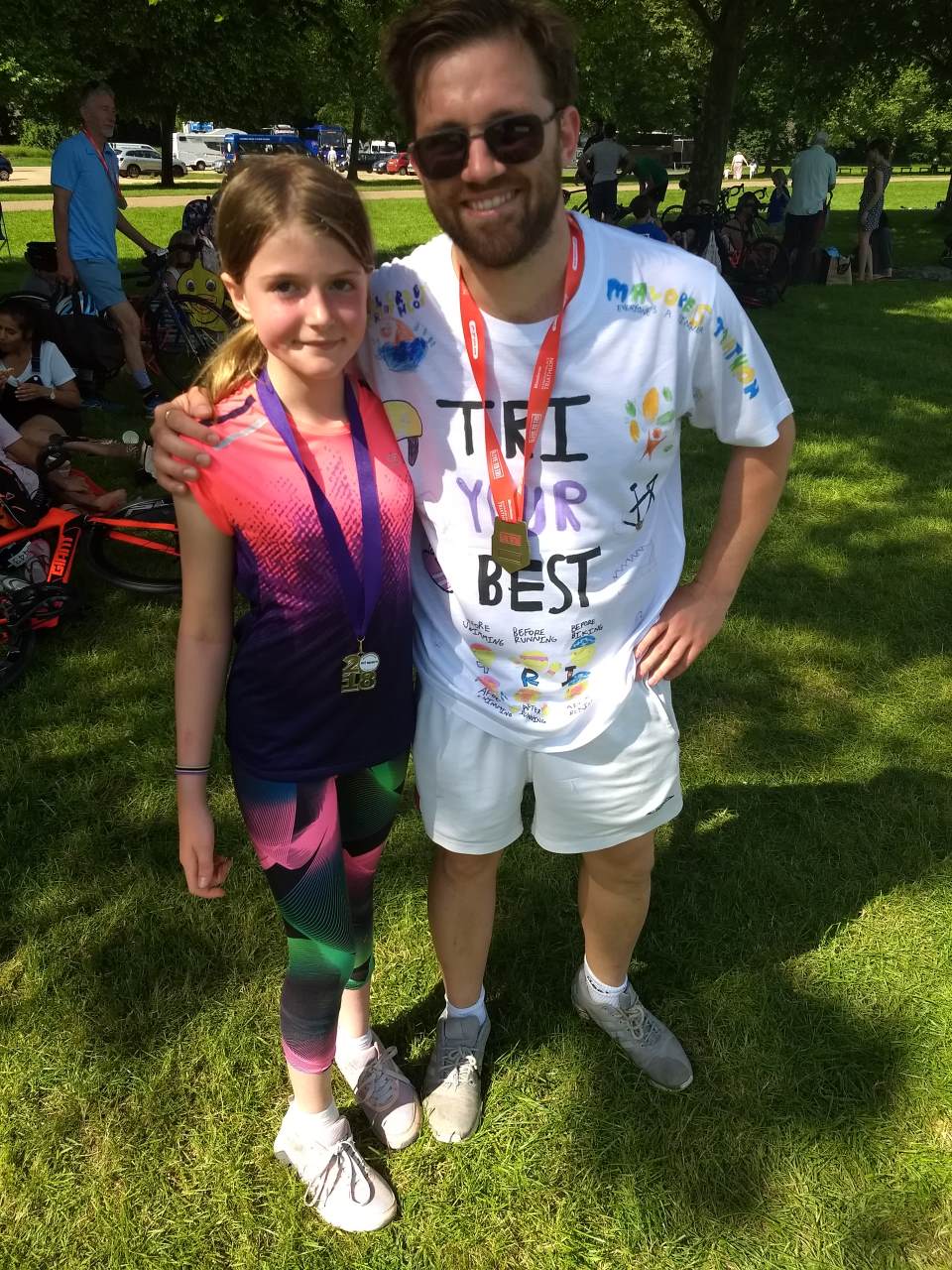 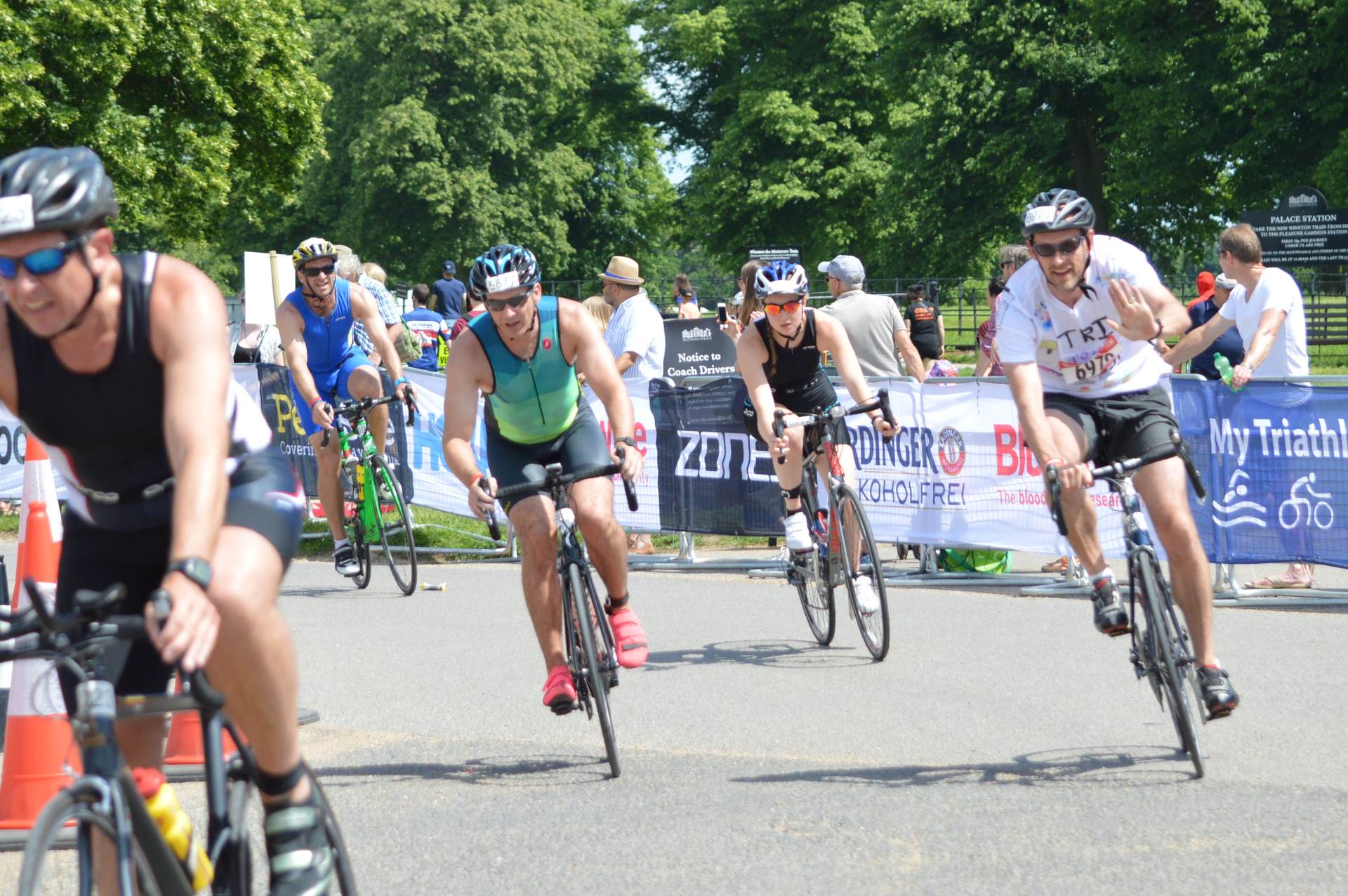 Megan said how “fun and exciting” it was to be able to make something so vibrant so quickly while Pen Pen and Zaki both said they loved seeing how their designs could come to life and on a t-shirt so quickly. 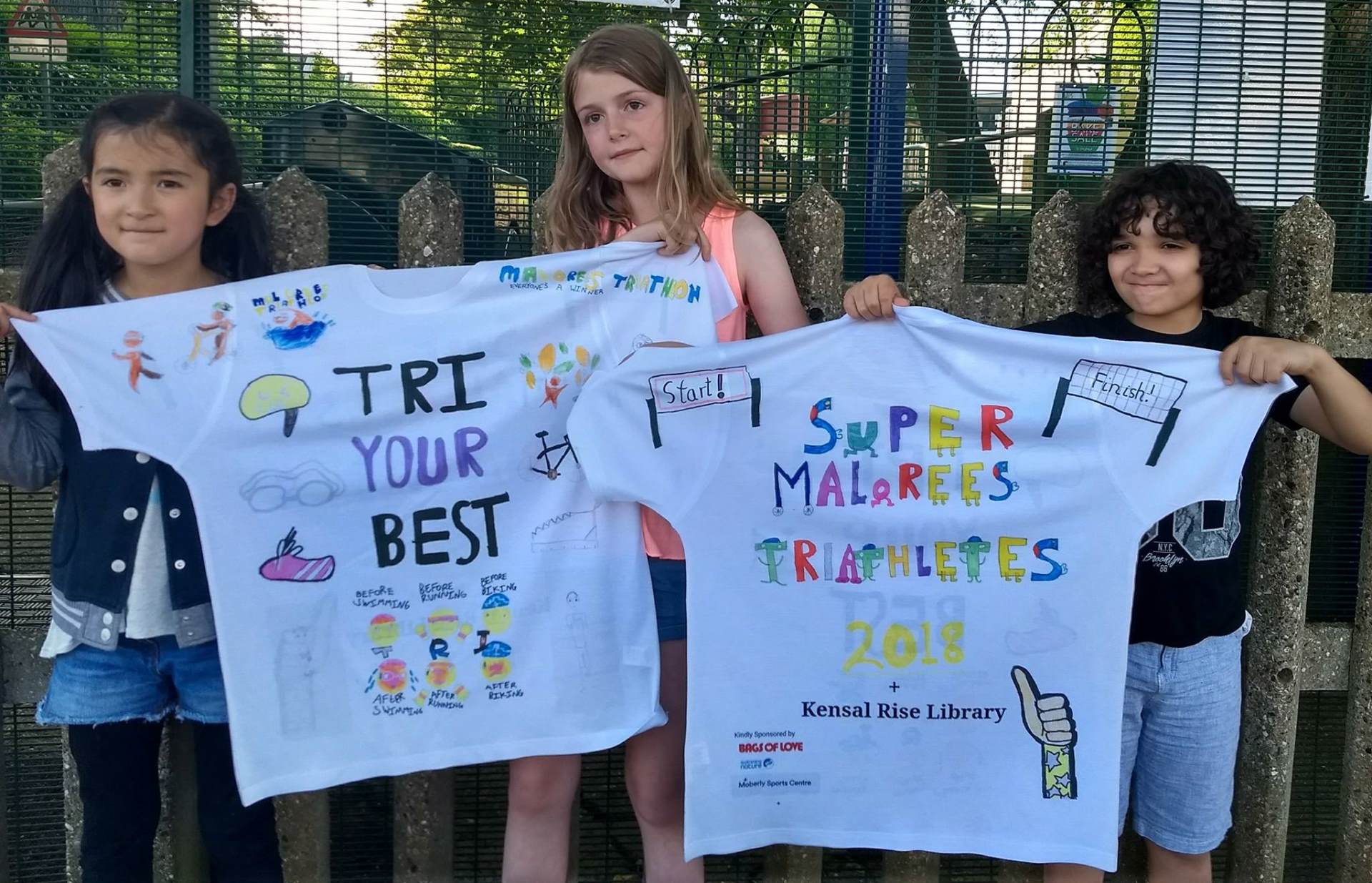 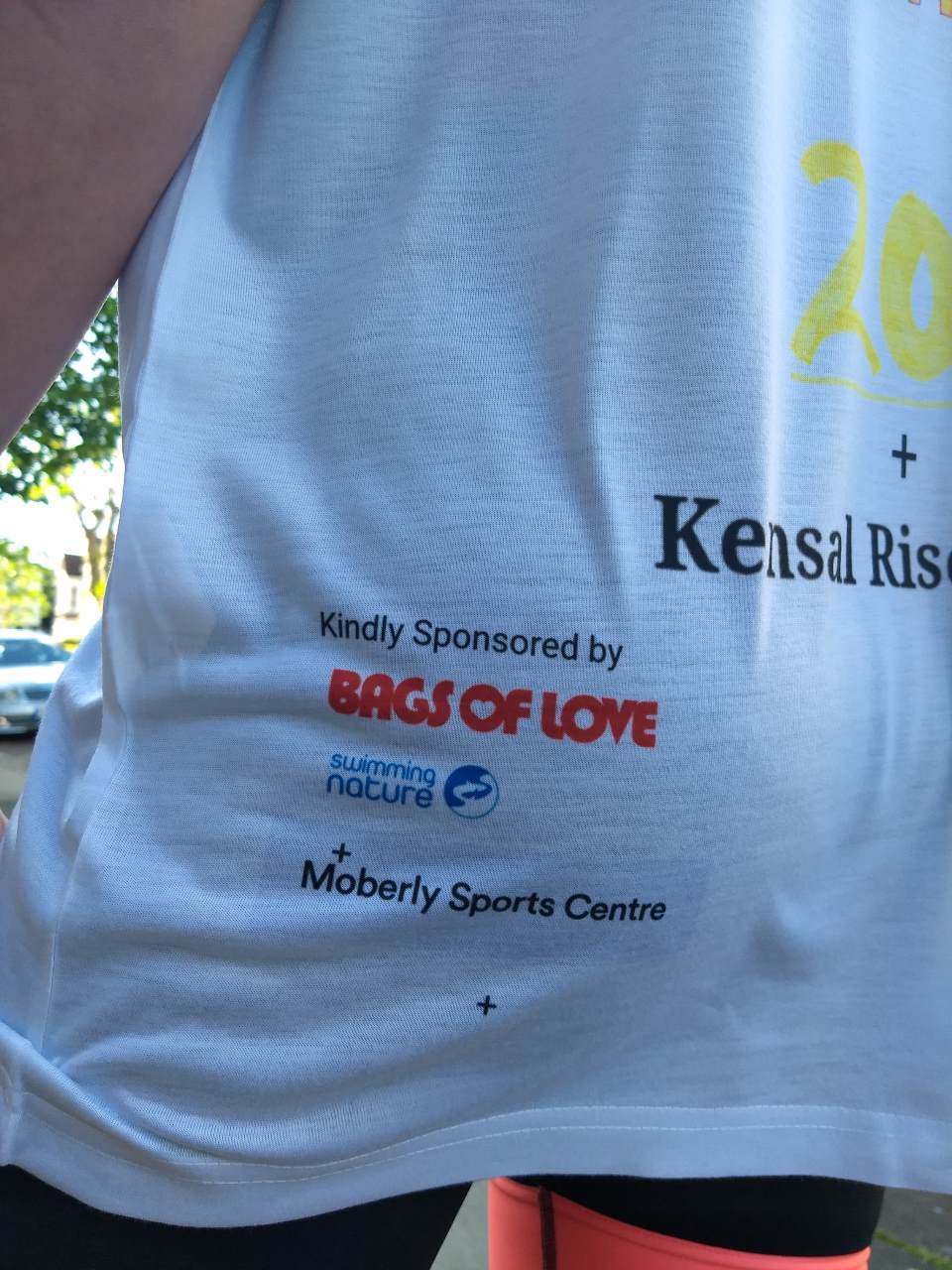 The team are already discussing ideas for other creations and bagsoflove have created "The Malorees Shop" online at www.bagsoflove.co.uk/stores/malorees where any children or parents can upload designs to over 200 different products for on-demand ordering, with money raised going to the school.
Ekaterina Vankova of bagsoflove said “we have hundreds of great designers across the world who regularly create products on our website and we are delighted to add three more! We wish Malorees the best at Blenheim where I hear they are the largest competing group!”
Bagsoflove have kindly donated the t-shirts which have been bought by our Triathlon team members, further boosting our fundraising target for the event, which now stands at over £14,000 to pay for IT White Boards, with the Kensal Rise Library fundraisers raising over £1,700 towards the refurbishment of the library!
The PSFA is extremely grateful to Ekaterina and Elliot for helping us and inspiring Megan, Zaki and Pen Pen. 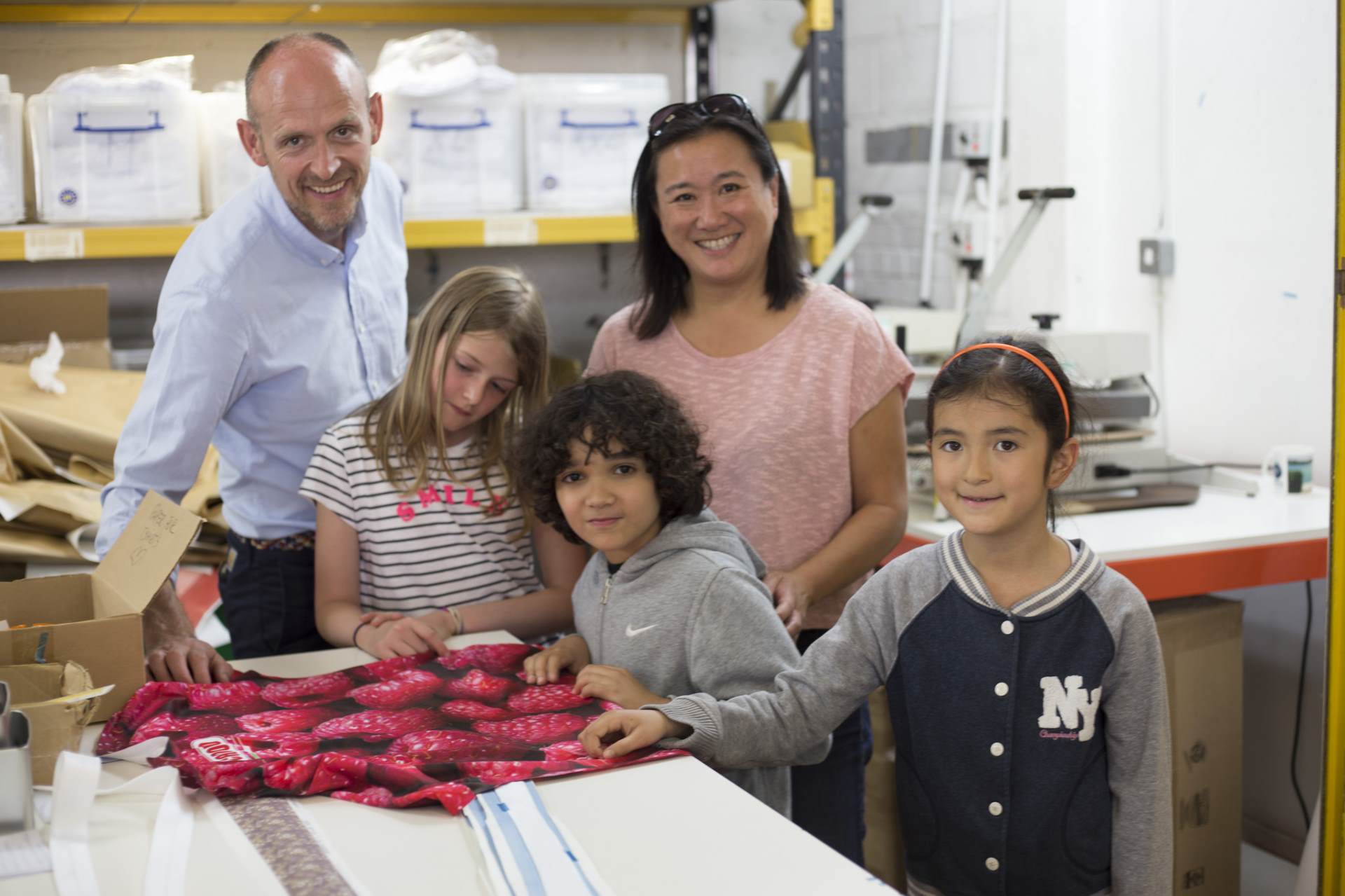