Today more than fifty of our children from Years 3 to 6 competed in a mini-triathlon event held by the Brownlee Foundation at Willesden Sports Centre.

It was hugely exciting event for the children with several schools in the area taking part and dozens of parents there to cheer them on.

The challenge was to first s

wim 50m around the perimeter off the pool and then quickly change to do a 800m cycle around the grass outside. Once they had completed that they ran the last 300m to a giant inflatable finishing line.

To greet the children with their medals and t-shirts for completing the challenge were Olympic champion Triathletes, Alistair and Jonny Brownlee at the finish line!

r and Jonny were both kind enough to stay for photos and sign autographs, with many children returning home with signed t-shirts!

A big thank you to all the parents that helped bring the children to and from Willesden Sports Centre and those who came to support.

Congratulations to all the girls and boys who took part! And a huge thank you to the wonderful Willesden Sports Centre and, of course, the Brownlee Foundation and British Triathlon Trust for making us so welcome.

The school aims to repeat last year's very successful Duathlon which was organised by the British Triathlon Trust which is featured at this link. 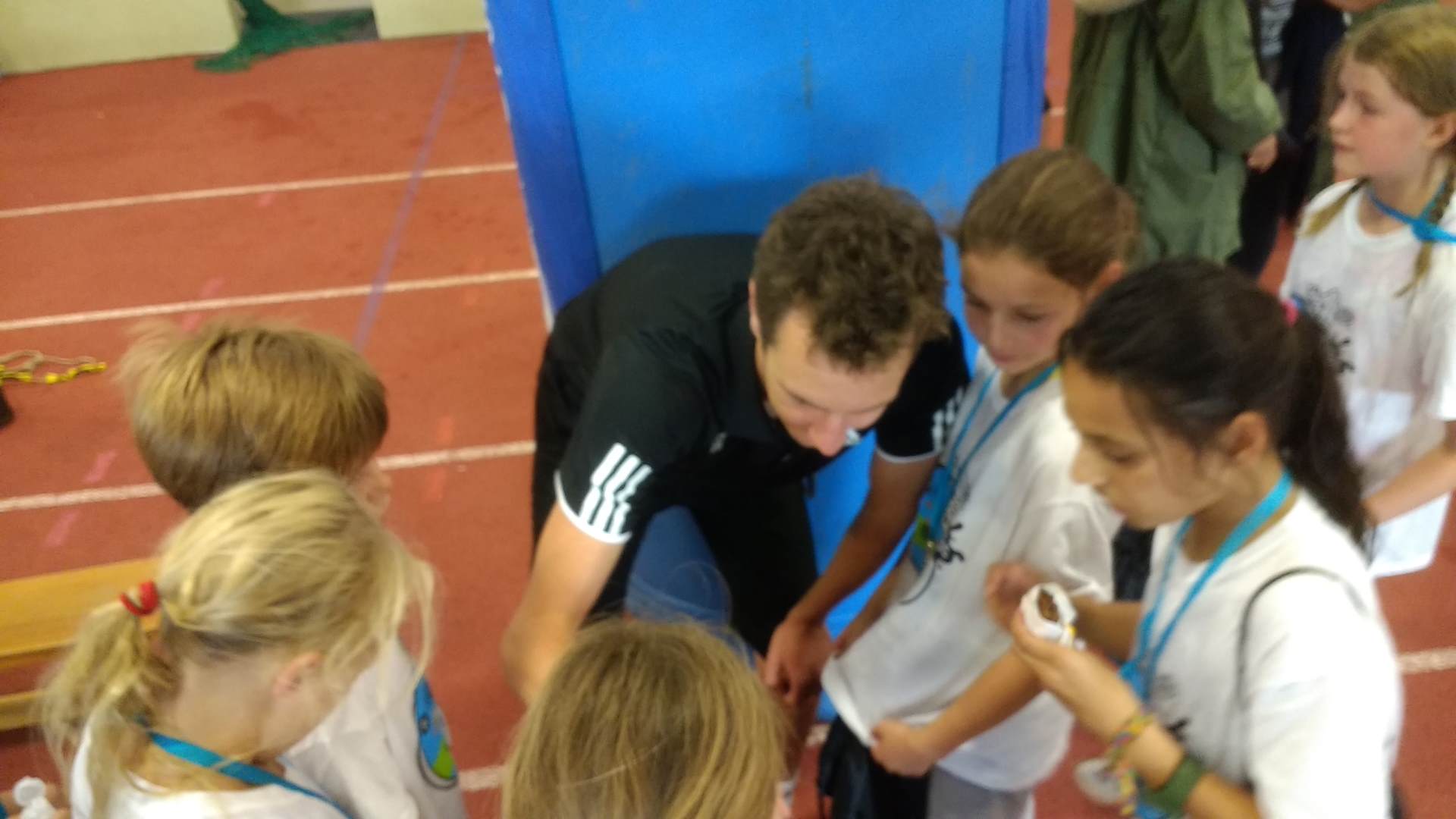