Year 5s and Year 6s today were treated to a journalist masterclass from top football writer, Sam Wallace, of the Daily & Sunday Telegraph. 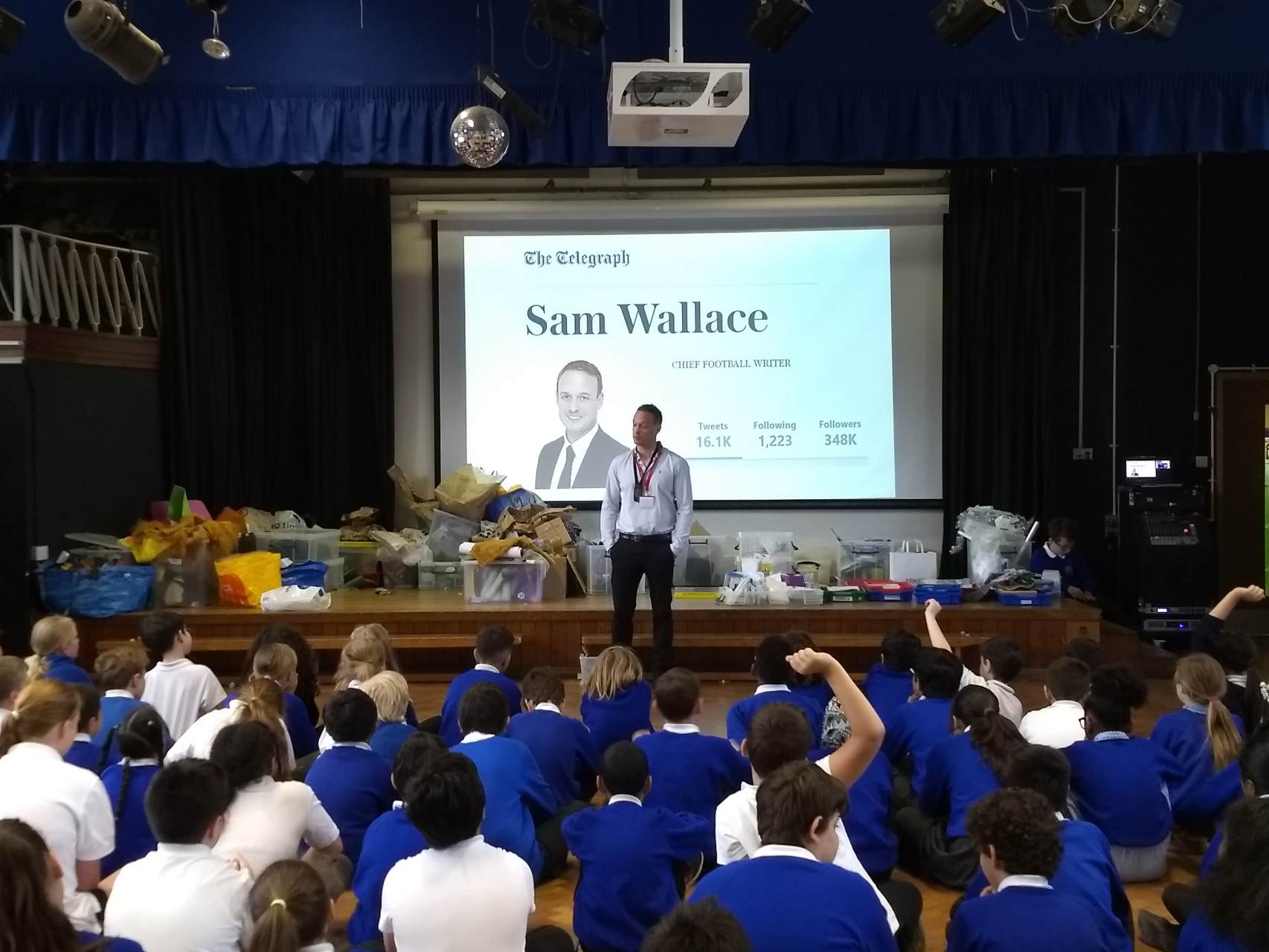 Sam was invited to the school by Ms Matthews, Literacy Lead, to talk about his career, the world of reporting and answer questions about the many amazing football matches and players he has reported on all over the world, which includes five World Cups!

Hands went up with many questions, which revealed that a journalist has a very interesting job but has to work hard and very resourcefully, thinking of interesting ways to craft an informative, balanced and entertaining story, both online and in print.

shown the many different UK newspapers and how they each approach the same stories differently, before comparing it to our own "TMI" newspaper.

Sam called TMI "excellent" and "very up to date", mentioning even the Royal Wedding of just five days ago was inside!

'We would love the children to try all kinds of creative writing. It's part of the curriculum but also a key way for the children to unlock their creative talents and imagination - and have fun!

As Sam has shown, hard work and great writing can also lead to terrific career opportunities. A great start might be to write a piece for our wonderful new TMI school newspaper!".

The session finished with a workshop where the children formed groups to write their own headlines from a clip of one of the Premier League's most famous goals - the 2011 bicycle kick by Wayne Rooney in the Manchester Derby.

From "Kanga-Rooney" headlines to "Man U-pside Down", the children found their own ways ways to tell a story and compared this to a BBC report from 2011. We all agreed that the children's efforts were the most entertaining!

‘I was extremely impressed by the great ideas that went into the headlines the Year 5s and Year 6s created. They were very imaginative with puns and word play. There were lots of excellent questions too - a good sign for budding journalists.’

Would your child like to enter a writing competition for a very special prize?

Sam has donated his FA Cup Final Match Programme, won by Chelsea last weekend, to the child who can write the most interesting, informative and entertaining report of either a top sporting event or a school sport event by June 5th.

The winner will receive not just the match programme but will have their story published in the next TMI! 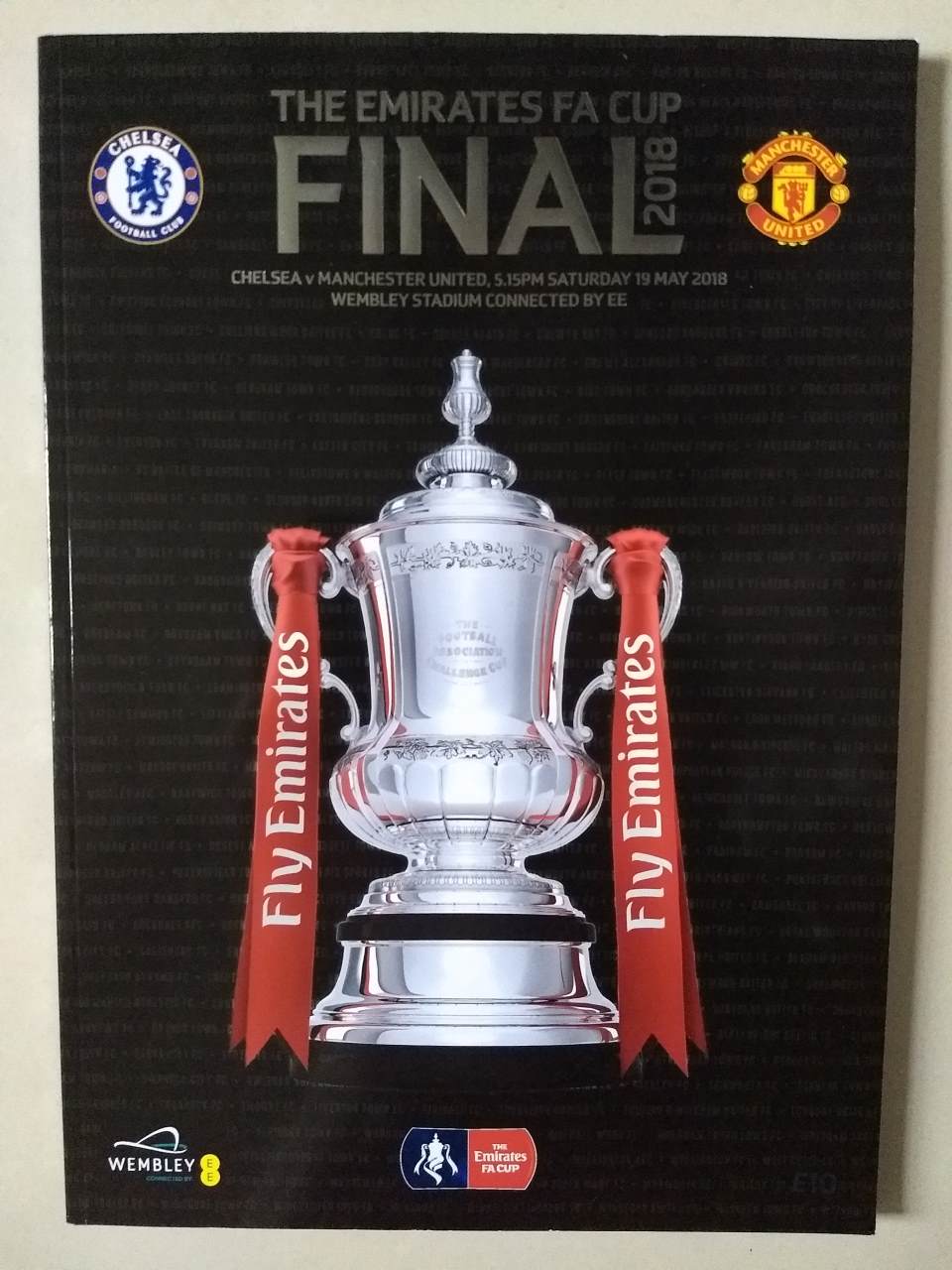 Sam's FA Cup Final Match Programme to be won (above)